Cinnamon Essential Oil and Cinnamon Bark│Benefits & Where to Buy

Cinnamon (Cinnamomum zeylanicum) is an evergreen tree that originated in current-day Sri Lanka, India and Burma. The plant’s bark is the source of the celebrated and well-known spice of the same name.

Popular in Ancient Egypt, cinnamon was an important part of their sacred embalming rites. It was later brought by Arab traders to Europe, where it was exclusively purchased by the wealthy. Cinnamon was so prized that it was among the riches that European explorers hoped to find in the Americas.

Cinnamon essential oil is extracted from the leaves and sprigs of the cinnamon plant through a process of steam distillation. With a golden-brown appearance, the essential oil smells earthy, peppery and similar to the cinnamon spice.4

Want to learn more about essential oils? Get our FREE Video Series here

When talking about cinnamon essential oil and cinnamon bark essential oil, it is important to know that a related plant, cassia or Chinese cinnamon (Cinnamomum cassia) has a similar scent profile and is often marketed interchangeably with true cinnamon products.2,3 This article will deal exclusively with the use and benefits of cinnamomum zeylanicum oils.

For a homemade gloss, mix 1 Tbsp. of unscented lip balm or a solid carrier oil such as shea butter with 1 drop of cinnamon essential oil. Massage into your lips, leave on for 1 minute, and then wipe off.

Add 2-3 drops of cinnamon essential oil to a spray bottle filled with water for a warming room scent. This particular fragrance has been reported as soothing and welcoming when used in colder weather.

Keeping hand sanitizer ready is a good idea while travelling or running errands. Cinnamon essential oil has been observed to have strong antifungal and antiseptic properties.

Make a simple hand sanitizer by mixing a ½ cup of aloe vera gel with 1 Tbsp. of witch hazel or rubbing alcohol in small container. Then add 1-2 drops of cinnamon oil and stir. Apply a quarter size amount to the palm of your hands. Rub hands together until the hand sanitizer is fully absorbed.

The Benefits of Cinnamon Essential Oil are:

In a 2014 study, scientists tested the antioxidant activity of 23 essential oils, including cinnamon. The scientists used both corn oil and cooked turkey meat to measure each essential oil’s ability to slow rancidity (spoilage), a process which is linked to oxidization.7

Side Effects of Cinnamon Essential Oil

Cinnamon essential oil is generally considered safe and well tolerated for inhalation and diluted, topical use. Always make sure to dilute the oil before any topical application, and begin with a very small amount of cinnamon or cinnamon bark essential oil. Discontinue use if any irritation appears. Consult a health care practitioner before using cinnamon essential oil on children, pregnant or nursing women.

Commercially prepared essential oils are not intended for consumption. Do not consume cinnamon essential oil or cinnamon bark essential oil without first seeking the advice of a health care professional.

Where to Buy Cinnamon Essential Oil

Previously, high quality essential oils could only be bought at specialty health stores, or through
expensive multi-level marketing companies. Now, due to advancements in technology, extremely high grade essential oils can be purchased over the internet at very reasonable prices.

Scientific Research Referenced in this Article

I started my journey with essential oils about 2 years ago after the birth of my first child. To say that they changed my life forever would be an understatement. I have created a book called "The Ultimate Beginners Guide to Essential Oils" that will teach you about some of the amazing benefits and uses that essential oils can provide in your home. Click here to get the FREE book. 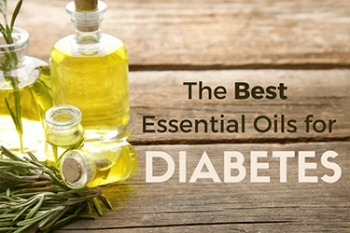 Essential Oils for Diabetes Diabetes is a term given to a metabolic disorder brought on by a wide range of ...
Read More 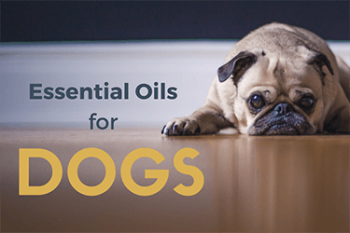 Essential Oils for Dogs – Can you use essential oils on dogs and pets?

Essential Oils for Dogs Essential oils have been used as effective natural alternatives for treating a wide range of physical ...
Read More 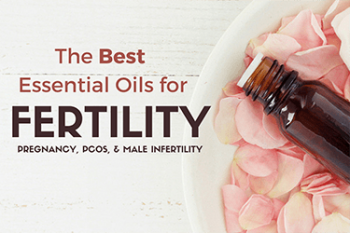 Essential Oils for Fertility At least one in six couples need medical help for infertility at some point in their ...
Read More 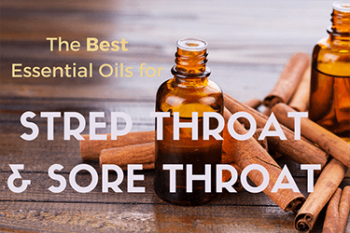 Essential Oils for Sore Throats Strep throat is a condition that occurs when a person becomes infected with the Streptococcus bacteria, often ...
Read More 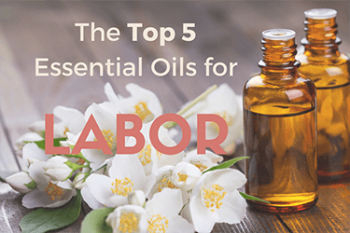 Essential Oils for Labor and Birth The third trimester is one of the most exciting and uncomfortable of a woman’s ...
Read More Simply enter your name and primary email address below: